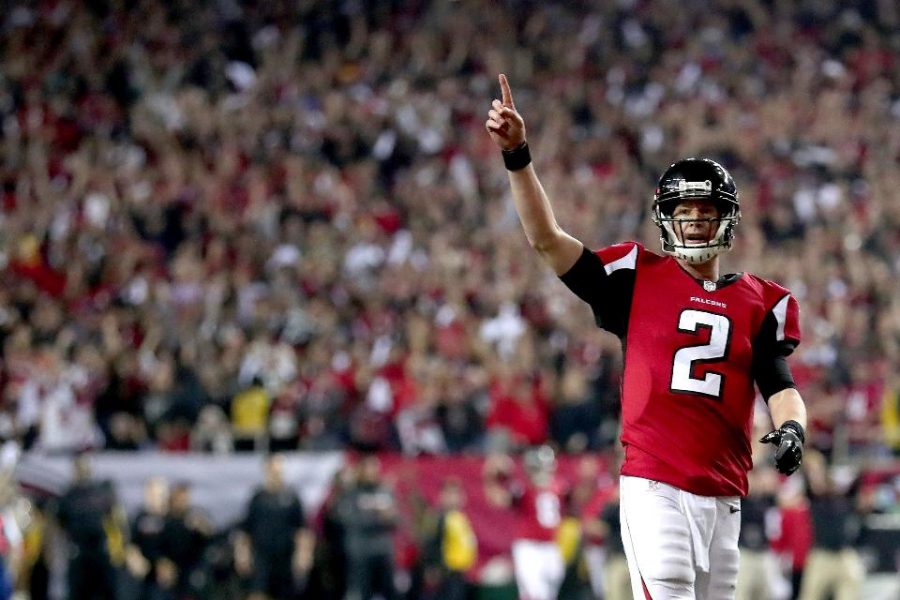 Quarterback Matt Ryan is taking the Atlanta Falcons to their first Super Bowl since 1999, and hopes to lead the NFL's most prolific offense to a Super Bowl LI victory.

Super Bowl LI is on Sunday.

The New England Patriots will make their ninth appearance in the big game, their seventh in the Brady-Belichick era.

Across the field from them will be the Atlanta Falcons, a team appearing in only its second Super Bowl, and its first since 1999.

Atlanta has made the playoffs five times since acquiring All-Pro QB Matt Ryan in 2008. However, the team didn’t find much success in the postseason, posting only one playoff win during Ryan’s tenure.

It has been a common theme throughout the last few Super Bowls, a storied, proven franchise vs. the newcomer.

Just last year, the Denver Broncos, were the proven team going up against the young, fiery Carolina Panthers. Proven beat young and fiery in Super Bowl L, but will it happen again a year later?

The game is expected to be high scoring as both teams possess elite offenses, quarterbacked by elite signal callers in Ryan and Tom Brady.

For the Patriots their offense is led by Tom Brady, a four-time Super Bowl champion, 12-time Pro Bowler, and arguably the greatest quarterback of all time. There isn’t a lot to say about Brady that hasn’t already been said.

This year, it is the pieces around him that are intriguing. The Patriots are without their number one passing weapon, Rob Gronkowski, which hasn’t bothered Brady in the past and likely won’t on Sunday.

The Patriots’ offensive line is much improved this year, and for the most part has kept Brady fairly well protected. The Patriots also have a grinding running back in LeGarrette Blount.

On the other side of the field, Atlanta has had similar offensive success as the Patriots but with a few key differences.

Matt Ryan likely will end up the NFL MVP and for good reason. He had a terrific regular season and has played perhaps better this postseason.

In the divisional round, he systematically picked apart a highly ranked Seahawks defense, throwing for 338 yards and three touchdowns.  A week later, in the NFC Championship, he tore apart a depleted Green Bay secondary, once again throwing for three TDs and no picks.

A large part of Ryan’s success can be attributed to the Falcons excellent receiving core. While Julio Jones gets much of the spotlight, as well he should, the Falcons have multiple weapons with Mohamed Sanu lining up outside the hashes opposite Jones, and Taylor Gabriel in the slot.

The Falcons also have an oftentimes overlooked running game, led by their excellent offensive line. Running back, Devonte Freeman and Tevin Coleman are interchangeable.

The duo shares carries and both backs are massive threats in the passing game.

Despite their impressive talent on the field, both offenses find their secret weapon on the sideline or up in the coaching booth.

New England offensive coordinator Josh McDaniels trolls the sideline for the Patriots while Kyle Shanahan and his stoic personality remain relatively obscure in the coaching booth.

When it comes to defense, the two teams are very different with the Pats boasting a more physical, stalwart defense and the Falcons a quick, turnover driven unit.

The Patriots defense is built around taking away a team’s biggest threat and making them beat them in other ways. This is a strategy that may be tough to accomplish against the Falcons, even if they are able to take away Jones.

The Falcons have a myriad of weapons at their disposable, and while taking away Jones may slow them down, it certainly won’t stop them.

The good news for the Falcons defense is that they are a top-half pass rushing defense, and in the past it has been proven that the best way to stop Brady is to pressure him. The bad news is that they are a young defense and are in danger of being mercilessly picked apart by the veteran Brady.

The key for the Falcons defense will be staying in position and not reacting too impulsively (see the Steelers defense on the flea flicker in the AFC championship).

At the end of the day, it is going to be an offensive shootout. However, this game will ultimately come down to defense, the turnover battle, and who is able to capitalize on the ball changing hands.

While the Patriots are the more experienced unit, led by a Hall of Fame quarterback, it would be wrong to count the Falcons out of this game.

If the Atlanta defense can keep the Patriots at bay, Ryan and the potent Falcons offense ought to be able to put a sizeable number on the scoreboard.

Due to Ryan’s precision, along with all of the weapons his offense possesses, not to mention a defense that is one of the better defenses at playing with a lead, I have the Falcons taking home the Lombardi Trophy on Sunday.