What We March For 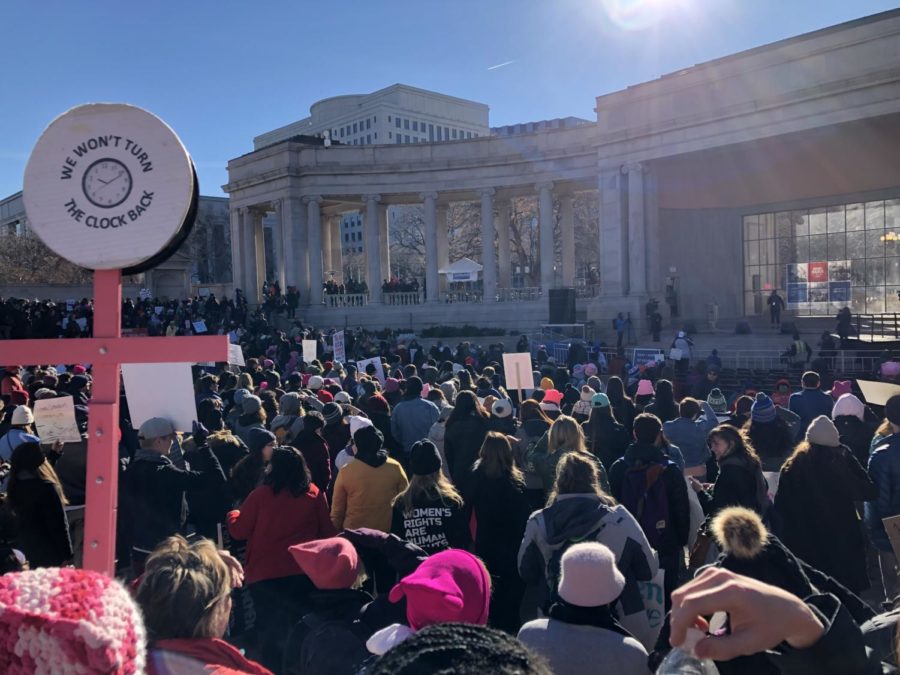 Tons of people at the Womxn's March get ready to march after the inspirational speakers concluded the pre-rally.

On January 19, women all over the country gathered in the streets to march, make their voices heard and fight for what they believe in. This year marked the third Womxn’s March, a grassroots organization which was sparked in 2017 after the inauguration of President Trump. The original march was in protest of the new president and his policies and comments, which some believed to be misogynistic, racist and overall offensive. The Denver Womxn’s March is now independent of the national Women’s March movement since the national branch has been accused of being anti-Semitic. The Denver organization remains supportive of all marginalized people and denounces any form of oppression.

This year in Denver there were an estimated 80,000 attendees, each with their own individual reasons for braving the cold Saturday morning. People of all ages were in attendance, like sophomore at Golden High School Bri Powell, who said she marched for, “equality for women everywhere” because “women have been silenced for way too long and it’s our turn to speak out,” a sentiment not lost on the passionate crowd that flooded the streets.

Denver participant Faith Gavan expressed her disdain for the current administration, stating that “things have to change,” and that “the way the government is running now is horrendous.” Gavan states that her personal reasoning on showing up to march was, “Hard to say… all of it,” which turned out to be a common theme among other marchers.

Denver participants Leslie Miller and Kaitlin Myers both agreed that there were “so many reasons,” to march, but ultimately agreeing that “Trump as president” was an injustice to the American people and needed to be protested.

A huge uniting factor between all these different women turned out to be their hope for the future, which is in the hands of young people. Miller and Myers alike found the youthful crowd “encouraging to see young people,” and urged anyone unsure of how to make an impact to, “get out and do it”.

Powell felt greatly empowered at her first ever march, telling her generation to, “not be afraid to speak your mind, there’s a lot of people supporting you, just like how there’s easily thousands of people here supporting us.”