Trying Out for Spring Sports 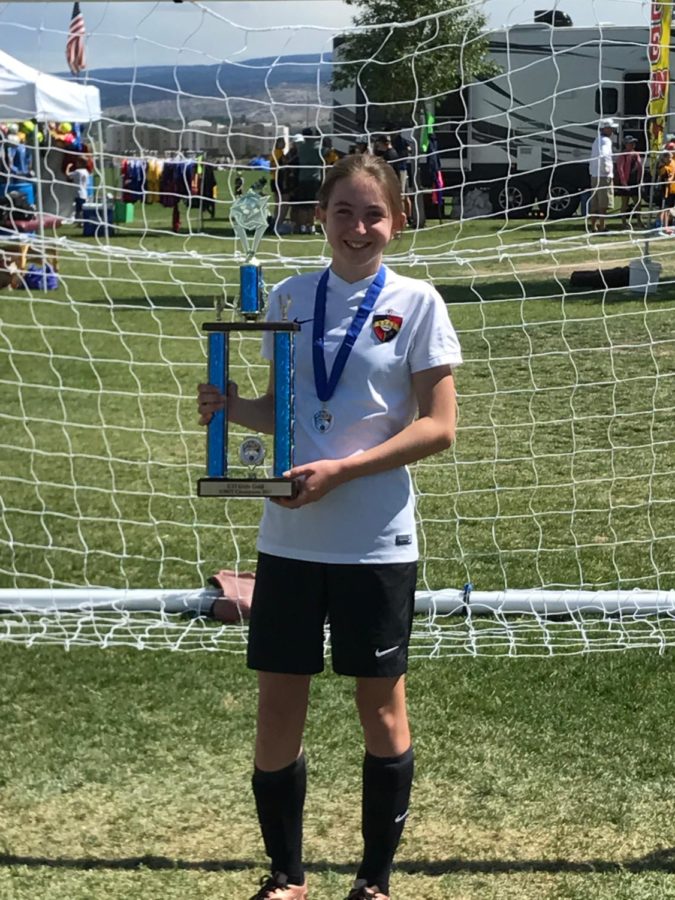 Zoe Bertino in 2016 after winning a soccer tournament. (photo by David Bertino)

Athletes at Ralston Valley work tirelessly to prepare for spring sports tryouts. These sports include boys and girls track, boys and girls lacrosse, baseball, boys swimming, girls golf, girls soccer, girls tennis, and track. Trying out for a sport can be exhausting and stressful, but making a successful team makes the hard work worthwhile.

Freshman Austin Lemke is a player on the level three baseball team. Lemke started playing at a young age. “I’ve been playing for pretty much my whole life, and I really enjoy every aspect of the game,” he said.

A lot of people start playing sports at a young age and sometimes they end up continuing to play it through middle and even high school, like freshman Zoe Bertino.

Bertino is on the level three soccer team. Making a high school team is a dream for a lot of young athletes, including her.

“I’ve been playing soccer since I was four, and I’ve always been excited to play for my high school team,” Bertino said.

Sophomore Tori Kilgour is on the tennis team. Contrary to Bertino and Lemke, Kilgour has not been playing for very long. “My friend and I went to the tennis court to play a few matches, and we decided to go for it and try tennis out.”

Though all three of them are playing different sports at different levels, they all agreed that the anxiety and hassle of trying out against other people was the most stressful part of trying to make a team. Kilgour was intimidated by the number of girls trying out. “There were so many girls there, it was hard not to be nervous!” On the other hand, Lemke was more intimidated by the coaches, and Bertino was anxious for the cuts.

“I knew they were going to have to cut girls in the end and knowing that was always a hard thing to look forward to.”

As well as the stress surrounding making teams, students work hard to prepare for the big day. Bertino, Lemke, and Kilgour all took time to practice and exercise to get themselves ready. On top of conditioning for preseason training, Bertino spent time outside of practice “doing pushups, sit-ups, and juggling.” Kilgour practiced playing matches with friends, and Lemke focused on perfecting weak areas.

“I trained every day leading up to tryouts and especially worked to improve things I’m not great at.”

Trying out for a sport is exhausting and stressful and with so many people and so little spots, not everyone can make a team. But even if an athlete gets cut, it doesn’t mean they are bad at the sport. It’s not easy to make a team, and there are chances to try again for the same sport next year or give someone an opportunity to try something else.