Age of Information, Epoch of Opinions 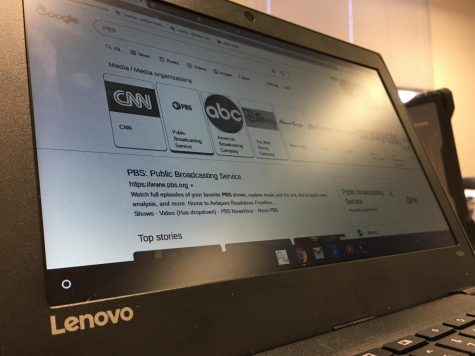 What does journalism mean to you? Where is the line separating fact and fiction in today’s culture?

These questions are what define the popular debate surrounding modern media. To a high school community like Ralston Valley, these questions are critical to any student concerned with recent events or trying to develop a sense for navigating the news. One of the greatest influences on this contemporary landscape of information has been the rising power of social media. According to a recent study conducted by the Pew Research Center, an approximate 45% of teenagers say they are online on a constant basis, primarily engaging with social media, and 16% of teenagers furthermore report that they consider the access to information given by social media sites a positive to their experience with the internet.

Due to the introduction of the internet to the mainstream public consciousness through the personal computer, smartphone etc., there have been very few times in this nation’s history that a greater portion of the general American populace been at least passively aware of the news. As a consequence, with an extensive diffusion of opinions and ideas associated with our digitized world, it has never been easier for someone to spread unreliable information designed to divert public opinion towards one mistruth or another.

Pomona High School sophomore student journalist William Huff said this can prove to have both a beneficial and negative impact. He considers the issue surrounding how people engage with the news one of convenience, and said this can lead to a willingness to accept unreliable information if it can be digested quickly. “My primary concerns are if what I’m viewing or listening to is true,” said Huff. “Unfortunately, journalism, I believe, is a dying thing. Not that there isn’t a lot of it anymore; we live in one of the most media-consuming times ever.” He identifies the reason for this considered demise to journalistic practice a result of writers “ acting as a gatekeeper. Objectivity in the news is not letting your feelings get in the way of what you’re reporting. Some journalists force their bias into a story so that when someone writes it up, there will be a fire in their eyes and it’ll interest people who just want the news quickly.”

While emphasizing the necessity of a critical look into one’s own media choices , she gives voice to an issue similar to Huff’s notice of how important convenience is to one person in a world where, without much time to consider their media consumption seriously, that person just tries to get informed as immediately as possible. As Lyons puts it, “The consumer has to take on the responsibility to vet their news sources, and not all Americans have the luxury of having the skills or time to do so.”

Guido Vacano, an associate professor for Denver University who maintains an interest in the news, also expresses anxiety about the American public and its media diet. When it comes to the  diffusion of opinions in political and social discourse, he discussed the problem presented by disseminated information, “Interpretation is one thing, falsehood is quite another.” He continued, saying he “likes written news because it’s easier to select items of interest and exclude other items. It’s also easier to ‘dig deeper’ and find out what’s true and what’s not true.”

Today, there is an incredible inundation of information among this nation’s populace, but this should not exclusively be a source for fear. Every person has a right to form a personal portfolio of what media they will consume, and this, totally natural, needs only to be executed with wariness. Otherwise, the disconnect between groups consuming media can become so profound as to never really be healed.