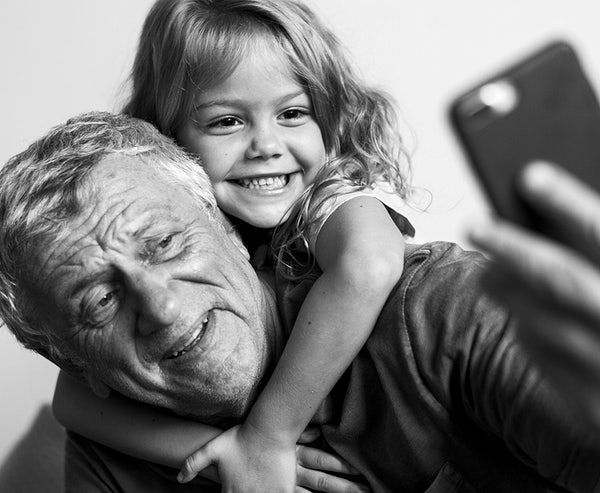 March 14th marked the one-year anniversary of “14 Days to Flatten the Curve”. At the time, little was known about COVID-19, but since then three vaccines have been released along with a wealth of information about the virus. With the end in sight, social distancing is soon to be a thing of the past, especially when it comes to distancing from the older generations. Many students here at RV have had to keep away from their grandparents in large part because of fear. Although it has greatly affected students even more so it has affected grandparents themselves.

Having been isolated for their own safety the light at the end of the tunnel is a very encouraging sight to see for the senior citizens in our community. The isolation they have experienced has been much more confining as their health risks are more direct than those experienced by students. Not only have they been isolated from the ones they love for their health but also from the jobs they love.

Zeke Garretson, owner of Garretson Sports Center, in the last year has had to give up his post at the gun counter to his son. Zeke has worked at his store for 52 years now and if it weren’t for his kids he would, “ still be working over there right now.” His passion and knowledge are unmatched, to say the least. Throughout the years Zeke has watched his business grow to be the largest family-owned sporting goods store in Colorado. It is no wonder that his extensive knowledge and constant drive make him feel antsy not being able to work as he once did.

The end of the pandemic is a symbolic promise for the return to the norm, one that Zeke is very much looking forward to. “ I can’t wait for things to return to normal. I never knew I could get tired of fishing alone” Most of all “I am looking forward to being with family and friends once again. Losing the ability to travel to my kids has been a big loss”. This mindset has been shared by many in the older communities and has really motivated people to get the virus under wraps.

Not every grandparent has shared this burden though. Some found a way to still be with their loved ones whether it was for personal or functional purposes. One such Person being Paula Duncan. Paula and her husband Bruce became grandparents since the start of the pandemic in March. At first, the couple was not able to see the new addition to the Duncan family as their daughter had her baby in the midst of the initial lockdowns which was a struggle in and of itself.

“I must say it was very hard not being able to see our little guy,” Paula said “It got to the point where we just had to ask ourselves is it really worth it?”Once summer rolled around they decided it was time to meet their grandson. “ Once we chose to see him we had no regrets. I mean it’s like we’ve died yet!”

In the end, the risk of spending time with an at-risk family member is a personal choice. There is no guaranteeing their safety, but that coin has two sides, there is also no guarantee those family members will get sick. Luckily with a variety of vaccines namely the Pfizer, Moderna, and Johnson and Johnson vaccines, that risk is nearing its end. Come May things may look a lot differently as President Joe Biden has said that by that time there will be enough vaccines for three hundred million vaccinations. Those vaccinations could help more of Grandma’s cookies make their way into grandkids’ hands, which is something we all can look forward to.